The New RKAT Quantum  - From the Wiltshire based Flexwing Specialist 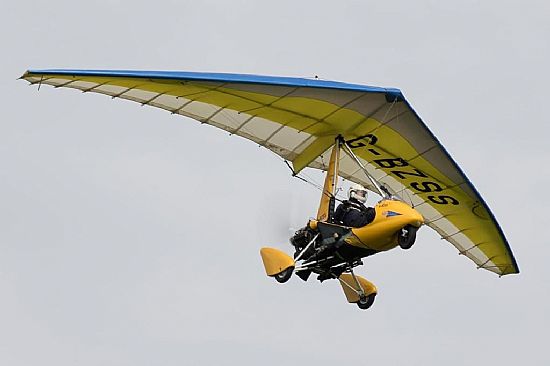 Following the lead of the Pegasus Quik, this first product from Robin Kraike’s Pewsey Vale workshop combines the already approved features of the Quantum Leap modification, with a shortened trike pylon that brings the control frame base-bar down to a more ergonomic position similar to that of the Quik aircraft type. 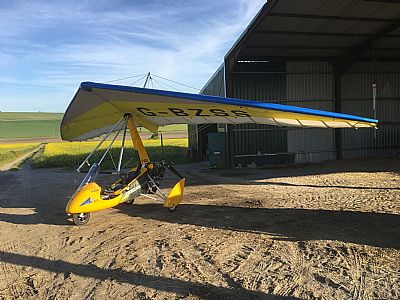 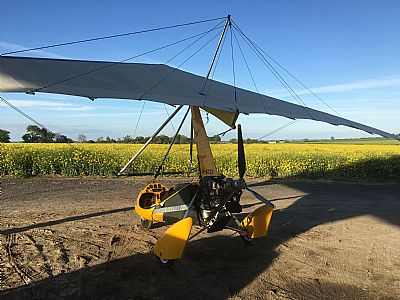 The ‘Quantum Leap’ mod released in 2017 came with wing modifications that dramatically increased the performance of the Quantum aircraft type, together with an improved (bigger) windscreen to give better protection for the cockpit occupants.

The RKAT upgrade has been a simple matter of reducing the trike pylon height, to bring the control frame base-bar down to a similar level to that of the Quik series of P&M Aviation aircraft, although this has necessitated removal of the tail fin from the wing to prevent contact with the propeller.

This combination of mods gives the Quantum owner a reinvigorated aeroplane with a 30mph ‘hands-off’ trim speed range (40-70mph), a more comfortable cockpit environment and less space occupied when in the hangar! 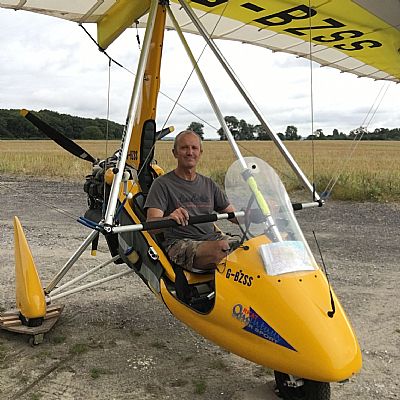 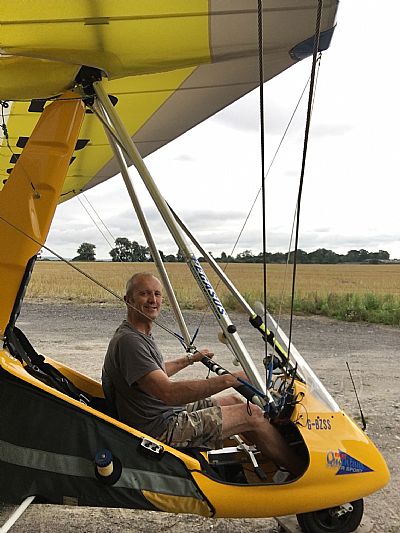 Subject to the level of market interest, the RKAT Quantum option will be available once mod approval has been obtained from the BMAA.  Aircraft owners willing to declare their aircraft as SSDR can have their aircraft modified as soon as the parts required for it are available.